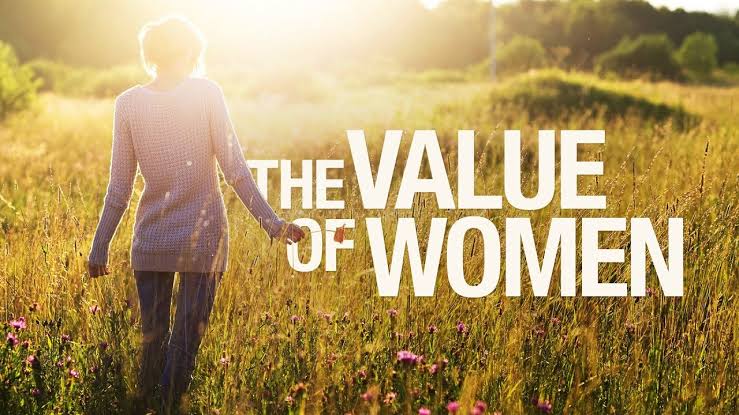 👉🍷 John 2:1-5
Jesus Changes Water Into Wine & called his mother woman, why do you involve me 👈
On the third day a wedding took place at Cana in Galilee. 👉Jesus’ mother was there, and Jesus and his disciples had also been invited to the wedding. When the wine was gone, 👉Jesus’ mother said to him, “They have no more wine. 👉“Woman, why do you involve me?” Jesus replied. “My hour has not yet come. His mother said to the servants, “Do whatever he tells you.

👉 1 Timothy 2:14
And Adam was not the one deceived; it was the woman who was deceived and became a sinner.

👉1 Corinthians 14:34-35
I Paul tell you I am your father John 8:44 👉 Let your women keep silence in the churches: for it is not permitted unto them to speak; but they are commanded to be under obedience as also saith the law. And if they will learn any thing, let them ask their husbands at home: for it is a shame for women to speak in the church.

👉Deuteronomy 25:11-12
New International Version
If two men are fighting and the wife of one of them comes to rescue her husband from his assailant, and she reaches out and seizes him by his private parts, you shall cut off her hand. Show her no pity.

“’If a priest’s daughter defiles herself by becoming a prostitute, she disgraces her father; she must be burned in the fire.

👉Genesis 3:16
New International Version
To the woman he said, “I will make your pains in childbearing very severe; with painful labor you will give birth to children.
Your desire will be for your husband, and he will rule over you.

👉Ephesians 5:22
Wives, submit to your own husbands, as to the Lord.

👉Sirach 25:13 ►
Contemporary English Version
The breaking of your heart by an evil woman is the most painful of all injuries.

👉Leviticus 12:5 ►
If she gives birth to a daughter, for two weeks the woman will be unclean, as during her period. Then she must wait sixty-six days to be purified from her bleeding.

👉Exodus 21:7-8
New International Version
If a man sells his daughter as a servant, she is not to go free as male servants do. If she does not please the master who has selected her for himself,he must let her be redeemed. He has no right to sell her to foreigners, because he has broken faith with her.

👉Deuteronomy 22:28-29
If a man happens to meet a virgin who is not pledged to be married and rapes her and they are discovered,he shall pay her father fifty shekels[a] of silver. He must marry the young woman, for he has violated her. He can never divorce her as long as he lives.

👉 Sirach 22:3 ►
Good News Translation
It is a disgrace to a father to have an undisciplined child, especially if it is a daughter.

👉 Leviticus 27:5 ►
for a person between the ages of five and twenty, set the value of a male at twenty shekels and of a female at ten shekels;

👉Exodus 21:7-8
If a man sells his daughter as a servant, she is not to go free as male servants do. If she does not please the master who has selected her for himself, he must let her be redeemed. He has no right to sell her to foreigners, because he has broken faith with her.

❣️Whoever has three daughters and he is patient with them, he gives them food and drink, and he clothes them, then they will be his shield from the Hellfire on the Day of Resurrection.” Source: Sunan Ibn Mājah 3669

In pre-Islamic times, the Arabs used to be disheartened and annoyed with the birth of girls, so that a father, when informed his wife had given birth to a girl, said, “By Allah she is not as blissful as a son; her defense is crying and her care is but stealing!”

He meant she could not defend her father and her family except by screaming and crying, not by fighting and carrying arms. She also cannot be good to them and care for them except by taking from her husband’s money to give to her family. Their traditions allowed the father to bury his daughter alive for actual poverty, or for expected poverty, or out of fear of a disgrace she might bring upon them when she grew up. In that context, the Qur’an says, denouncing and derogating them:

❣️And when the girl-child who was buried alive is asked. Upon what sin was she killed for.” [Quran Verses 8-9]

The Qur’an also describes the condition of fathers when daughters were born:

❣️And when one of them is informed of [the birth of] a female, his face becomes dark, and he suppresses grief.He hides himself from the people because of the ill of which he has been informed. Should he keep it in humiliation or bury it in the ground? Unquestionably, evil is what they decide. ( Quran 16:58-59)

The Qur’an led an uncompromising campaign against those cruel people who kill children-whether male or female. Allah says in the Qur’an:

❣️“Losers are those who kill their children foolishly, without knowledge, and hold as prohibited what Allah has provided them, falsely ascribing it to Allah. They have gone astray, and they are not on the right path.” [Surah al-Anaam, Verse 140]

❣️Do not kill your children for fear of poverty. We provide sustenance to them and to you, too. Killing them is a great sin indeed. ( Quran 17:31)

Some ancient laws gave the father the right to sell his daughter if he wished; while others allowed him to hand her to another man who would either kill her or own her if the father killed the other man’s daughter.

When Islam was revealed, it decreed a daughter – like a son – was a gift from Allah, to be granted to whomever Allah wishes of His worshipers: