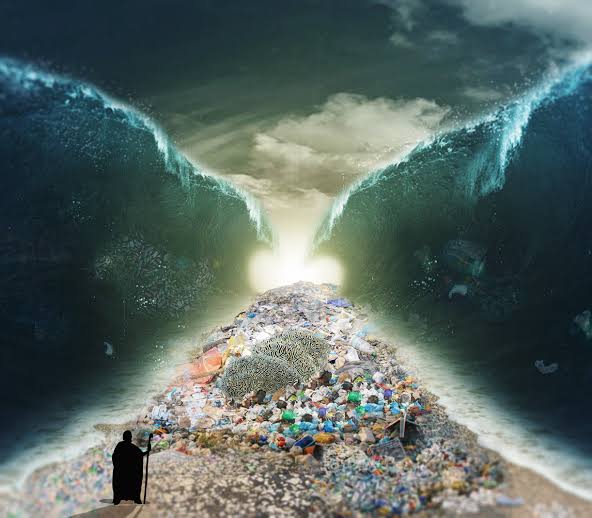 ALL ABOUT MOSES (MUSA-AS)
PARTING SEA!!

And ˹remember˺ when We parted the sea, rescued you, and drowned Pharaoh’s people before your very eyes. [Quran 2:50]

That was the case with Pharaoh’s people and those before them—they all rejected the signs of their Lord, so We destroyed them for their sins and drowned Pharaoh’s people. They were all wrongdoers. [Quran 8:54]

Moses replied, “You know well that none has sent these ˹signs˺ down except the Lord of the heavens and the earth as insights. And I really think that you, O Pharaoh, are doomed, So Pharaoh wanted to scare the Israelites out of the land ˹of Egypt˺, but We drowned him and all of those with him. [Quran 17:102-103]

(Allâh said): “˹Allah responded,˺ “Leave with My servants at night, for you will surely be pursued. And leave the sea parted, for they are certainly an army bound to drown.”
[Quran 44:23-24]

Today We will preserve your corpse so that you may become an example ( lit., sign.) for those who come after you. And surely most people are heedless of Our examples!” ( Quran 10:92

O Children of Israel! Remember ˹all˺ the favours I granted you and how I honoured you above the others.( Meaning, I chose you above all peoples of your time.) ( Quran 2:47)

2:87, Qur’an
And [thus] We certainly gave Moses the Book and followed up with messengers after him. And We gave Jesus, the son of Mary, clear proofs and supported him with the Holy Spirit.

Then We sent after them Our messengers, and We sent Jesus ­son of Mary, and gave him the Gospel. And We put in the hearts of those who followed him compassion and mercy. But We did not command monasticism, rather they invented it for themselves to please God with it, yet they did not observe it as it should be observed. So We gave those who believed among them their reward, but many of them are disobedient.” O you who believe, fear God and believe in His messenger, He will then give you a double portion of His mercy, and give you light by which you can walk, and He will forgive you. And God is Most Forgiving, Most Merciful. (This We say) so that the people of the Scripture may know that they have no control over God’s favor, and that (His) favor is in His Hand to give it to whomever He wills. And God is the Owner of great bounty. (Quran 57:27-29)

26:192 – 194, Qur’an
Indeed, [the Qur’an] is the revelation of the Lord of the worlds. The Trustworthy Spirit has brought [the Qur’an] down upon your heart [O Muhammad], so that you may be among the warners –

6:50, Qur’an
[So] say [O Muhammad], “I do not tell you that I have the depositories of God or that I know the unseen, nor do I tell you that I am an angel. I only follow what is revealed to me.” Say, “Is the blind equivalent to the seeing? Then will you not give thought?”

48:8 – 10, Qur’an
[So] indeed, We have sent you as a witness and a bringer of good news and a warner so that you [people] may believe in God and His messenger and honor him and respect him and exalt [God] morning and afternoon. Indeed, those who pledge allegiance to you [O Muhammad] – they are actually pledging allegiance to God. The hand of God is over their hands. So he who breaks [his word] only breaks it against himself. And he who fulfills that which he has promised God – He will give him a great reward.

The Jews say, “Ezra is the son of Allah,” while the Christians say, “The Messiah is the son of Allah.” Such are their baseless assertions, only parroting the words of earlier disbelievers. May Allah condemn them! How can they be deluded ˹from the truth˺? ( Quran 9:31)

O you who believe, indeed many religious scholars and monks eat away people’s wealth unjustly, and turn (others) away from the way to God. And those who treasure gold and silver, and do not spend it in the Way of God, then give them the news of a painful punishment.” (Quran 9:34)