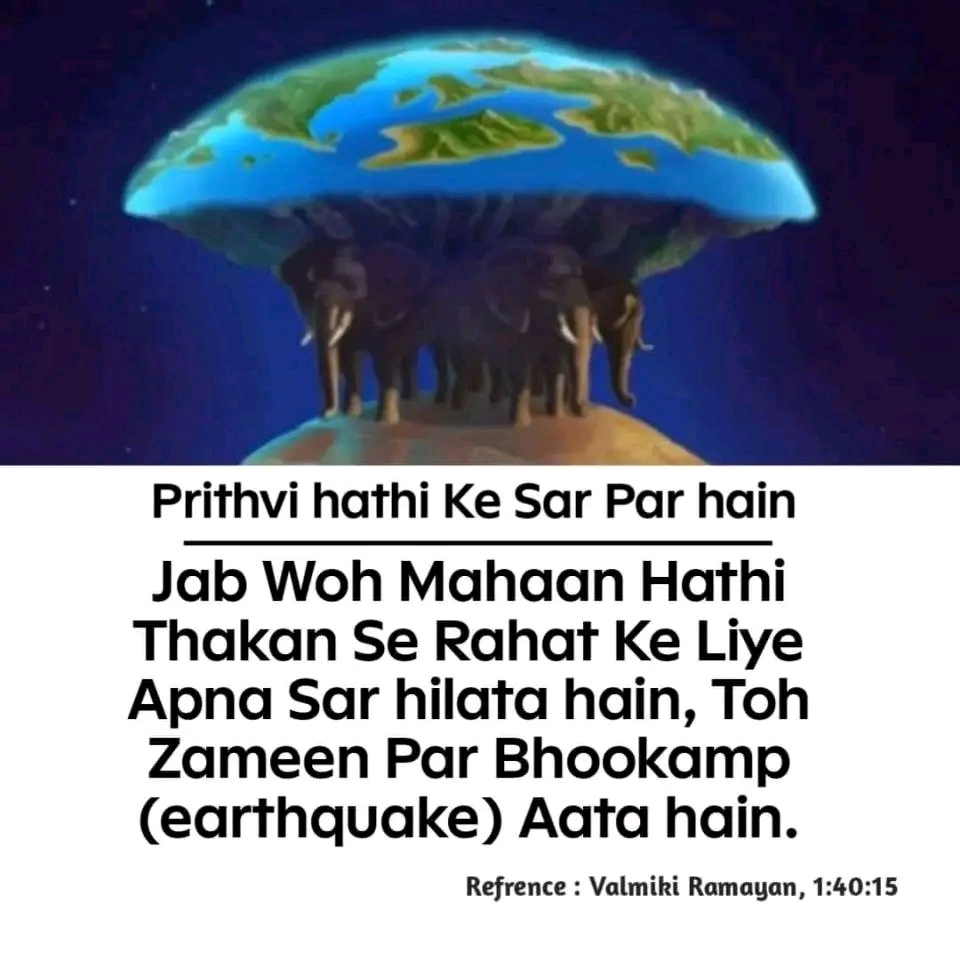 Valmiki Ramayana 1.40.15
On certain occasions, oh, Rama of Kakutstha, when that great-elephant moves its head desiring respite in tiresomeness then earthquakes will occur on earth.