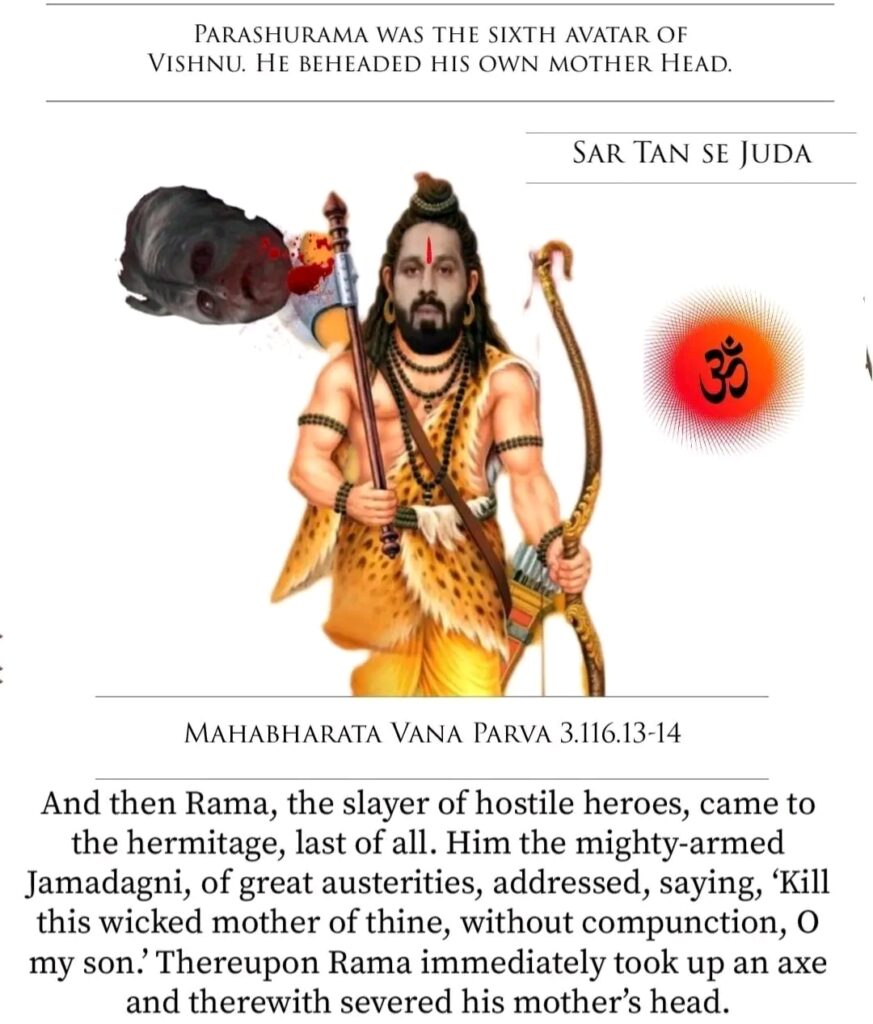 📖Srima-Bhagavatam 10:41-36-37
Fools, get out of here quickly! Don’t beg like this if You want to stay alive. When someone is too bold, the King’s men arrest him and kulll him and take all his property, As the washerman thus spoke brazenly, the son of Devakī became angry, and then merely with His fingertips He separated the man’s head from his body.

📖Mahabharata Vana Parva 3.116.13-14
And then Rama, the slayer of hostile heroes, came to the hermitage, last of all. Him the mighty-armed Jamadagni, of great austerities, addressed, saying, ‘Kull this wicked mother of thine, without compunction, O my son.’ Thereupon Rama immediately took up an axe and therewith severed his mother’s head.

📖Valmiki Ramayana Chapter 76
Hearing the words of Rama of imperishable exploits, that ascetic, his head still hanging downwards, answered – “O Rama, I was born of a Shudra alliance and I am performing this rigorous penance in order to acquire the status of a God in this body. I am not telling a lie, O Rama, I wish to attain the Celestial Region. Know that I am a Shudra and my name is Shambuka. As he was yet speaking, Raghava, drawing his brilliant and stainless sword from its scabbard, cut off his head. The Shudra being slain, all the Gods and their leaders with Agni’s followers, cried out, “Well done! Well done!” overwhelming Rama with praise, and a rain of celestial flowers of divine fragrance fell on all sides, scattered by Vayu. In their supreme satisfaction, the Gods said to that hero, Rama.