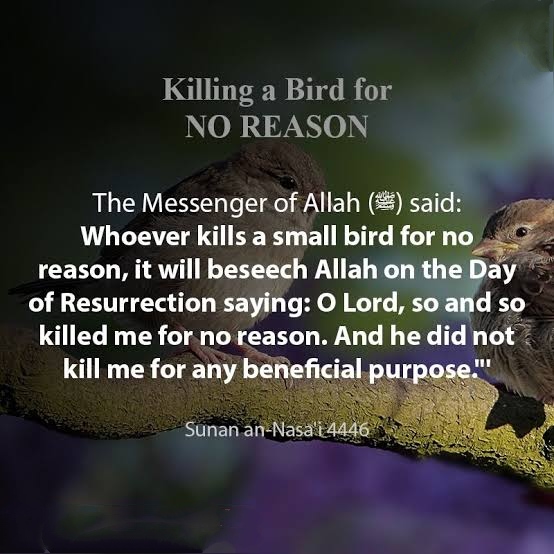 Allaah has created for man and has subjugated to him what is in the heavens and on earth, so that he may benefit from it and enjoy it, and meet his needs, and use it to help him to worship Allaah.

📖Quran 2:29
It is He who created for you all of that which is on the earth. Then He directed Himself to the heaven, [His being above all creation], and made them seven heavens, and He is Knowing of all things.

📖Quran 21:20
Do you not see that Allah has made subject to you whatever is in the heavens and whatever is in the earth and amply bestowed upon you His favors, [both] apparent and unapparent? But of the people is he who disputes about Allah without knowledge or guidance or an enlightening Book [from Him].

📖Quran 45:13
And He has subjected to you whatever is in the heavens and whatever is on the earth – all from Him. Indeed in that are signs for a people who give thought.

📖Quran 10:14
Sahih International
Then We made you successors in the land after them so that We may observe how you will do.

📖Quran 80:24-32
Then let mankind look at his food, How We poured down water in torrents, – Then We broke open the earth, splitting [it with sprouts], And caused to grow within it grain, And grapes and herbage, And olive and palm trees, And gardens of dense shrubbery, And fruit and grass – [As] enjoyment for you and your grazing livestock.

📖Quran 10:24
Sahih International
The example of [this] worldly life is but like rain which We have sent down from the sky that the plants of the earth absorb – [those] from which men and livestock eat – until, when the earth has taken on its adornment and is beautified and its people suppose that they have capability over it, there comes to it Our command by night or by day, and We make it as a harvest, as if it had not flourished yesterday. Thus do We explain in detail the signs for a people who give thought.

📖Quran 41:39
And of His signs is that you see the earth stilled, but when We send down upon it rain, it quivers and grows. Indeed, He who has given it life is the Giver of Life to the dead. Indeed, He is over all things competent.

📖Quran 16:69
Then eat from all the fruits and follow the ways of your Lord laid down [for you].” There emerges from their bellies a drink, varying in colors, in which there is healing for people. Indeed in that is a sign for a people who give thought.

📖Quran 16:5
And the grazing livestock He has created for you; in them is warmth and [numerous] benefits, and from them you eat.

📖Quran 16:14
And it is He who subjected the sea for you to eat from it tender meat and to extract from it ornaments which you wear. And you see the ships plowing through it, and [He subjected it] that you may seek of His bounty; and perhaps you will be grateful.

📖Quran 16:8
And [He created] the horses, mules and donkeys for you to ride and [as] adornment. And He creates that which you do not know.

📖Quran 5:5
Sahih International
This day [all] good foods have been made lawful, and the food of those who were given the Scripture is lawful for you and your food is lawful for them. And [lawful in marriage are] chaste women from among the believers and chaste women from among those who were given the Scripture before you, when you have given them their due compensation, desiring chastity, not unlawful sexual intercourse or taking [secret] lovers. And whoever denies the faith – his work has become worthless, and he, in the Hereafter, will be among the losers.

📖Quran 6:38
Sahih International
And there is no creature on [or within] the earth or bird that flies with its wings except [that they are] communities like you. We have not neglected in the Register a thing. Then unto their Lord they will be gathered

📖Quran 55:8-12
That you not transgress within the balance. And establish weight in justice and do not make deficient the balance, And the earth He laid [out] for the creatures, Therein is fruit and palm trees having sheaths [of dates], And grain having husks and scented plants.

📖Quran 16:114
Then eat of what Allah has provided for you [which is] lawful and good. And be grateful for the favor of Allah , if it is [indeed] Him that you worship.

📖Quran 21:173
Sahih International
He has only forbidden to you dead animals, blood, the flesh of swine, and that which has been dedicated to other than Allah . But whoever is forced [by necessity], neither desiring [it] nor transgressing [its limit], there is no sin upon him. Indeed, Allah is Forgiving and Merciful.

📖Quran 5:3
Prohibited to you are dead animals, blood, the flesh of swine, and that which has been dedicated to other than Allah , and [those animals] killed by strangling or by a violent blow or by a head-long fall or by the goring of horns, and those from which a wild animal has eaten, except what you [are able to] slaughter [before its death], and those which are sacrificed on stone altars, and [prohibited is] that you seek decision through divining arrows. That is grave disobedience. This day those who disbelieve have despaired of [defeating] your religion; so fear them not, but fear Me. This day I have perfected for you your religion and completed My favor upon you and have approved for you Islam as religion. But whoever is forced by severe hunger with no inclination to sin – then indeed, Allah is Forgiving and Merciful.

📖Quran 5:4
They ask you, [O Muhammad], what has been made lawful for them. Say, “Lawful for you are [all] good foods and [game caught by] what you have trained of hunting animals which you train as Allah has taught you. So eat of what they catch for you, and mention the name of Allah upon it, and fear Allah .” Indeed, Allah is swift in account.

📖Quran 7:31
O children of Adam, take your adornment at every masjid, and eat and drink, but be not excessive ( too much; too great or extreme) . Indeed, He likes not those who commit excess.

📖Quran 40:64
It is Allah who made for you the earth a place of settlement and the sky a ceiling and formed you and perfected your forms and provided you with good things. That is Allah , your Lord; then blessed is Allah , Lord of the worlds.

These are some of the benefits of animals and plants. And there are other purposes and benefits which no one knows except Allaah, Allah said that directly in the Quran. The animals have different purposes. They serve us for food, they serve us for milk, they serve us to make clothes and carpets from wool and leather. They serve as for transportation and travel long distances. From their hair we make paint brushes. From their bones we make soap and so on. People have to kill animals just in the amount that they need to eat for surviving and just to kill one, when they are attacked or get into life danger. Humans are not allowed to kill animals for joy.