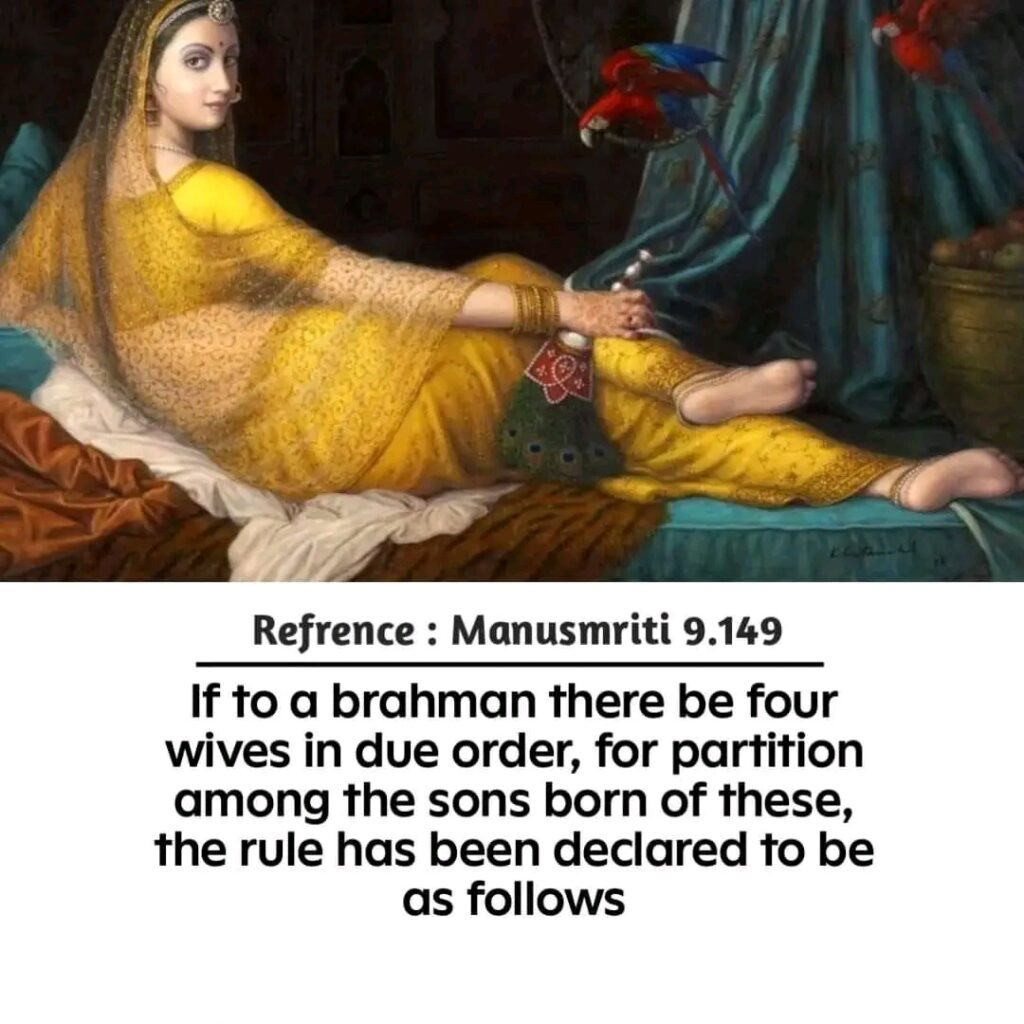 📖Manusmriti Verse 9.149
If to a Brāhmaṇa there be four wives in due order,—for partition among the sons born of these, the rule has been declared to be as follows.

It is permissible for a Brahmin to have 4 Wives

📖Srimad Bhagavatam 10.61.
Śukadeva Gosvāmī said: Each of Lord Kṛṣṇa’s wives gave birth to ten sons, who were not less than their father, having all His personal opulence.

Birth Jihad in Hinduism, we learned from this verse that Hindus should marry as many as they can and give birth to as many sons as possible, and thus this verse indicates that Krishna had 16,108 wives & he begot 10 sons from each wives.