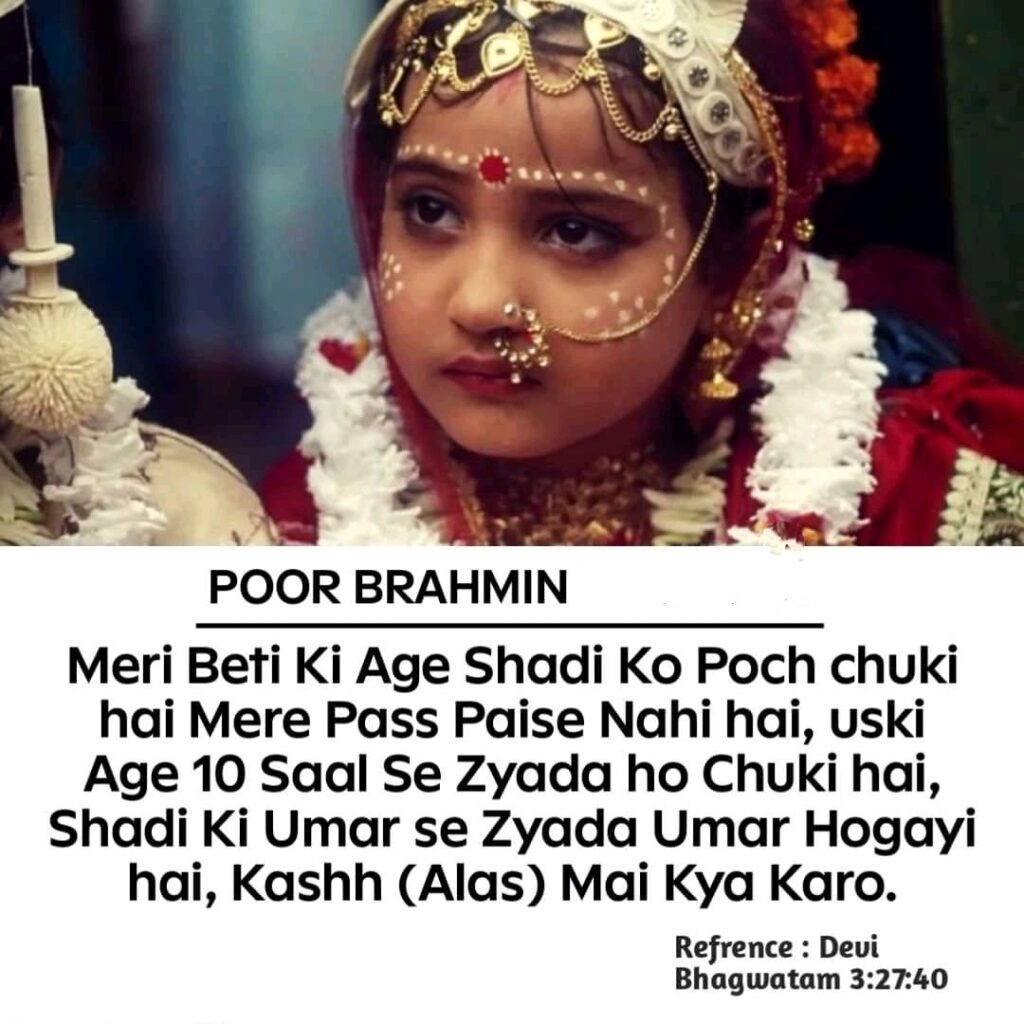 📖Skanda Purana 2:30-8-9
The bow of Īśvara that was kept in the abode of Janaka, was broken. In his fifteenth year, O king, Rāma married the six-year old beautiful daughter of the king of Mithilā, Sītā who was not born of a womb. On getting Sītā, Rāghava became contented and happy.

Ram married Sita when Sita was 6 years old & sita did not emerged from a mothers’s womb, rather she appeared miraculously, And Ram was 12 or 18 years old when he married Sita.

📖Devi Bhagavata Purana 3:40
My daughter has come to a marriageable age; I have no money. Her age has exceeded ten years; the marriageable age limit has been exceeded. Alas! What am I to do?

📖Manusmriti Verse 9.94
A man thirty years old shall marry a charming maiden twelve years old; or one twenty four years old, a damsel eight years old; in the event of his duties suffering, he may do it sooner.

Nearly 12 million Indian children were married before the age of 10 years — 84% of the Hindu and 11% Muslim — reveals an IndiaSpend analysis of recently released.