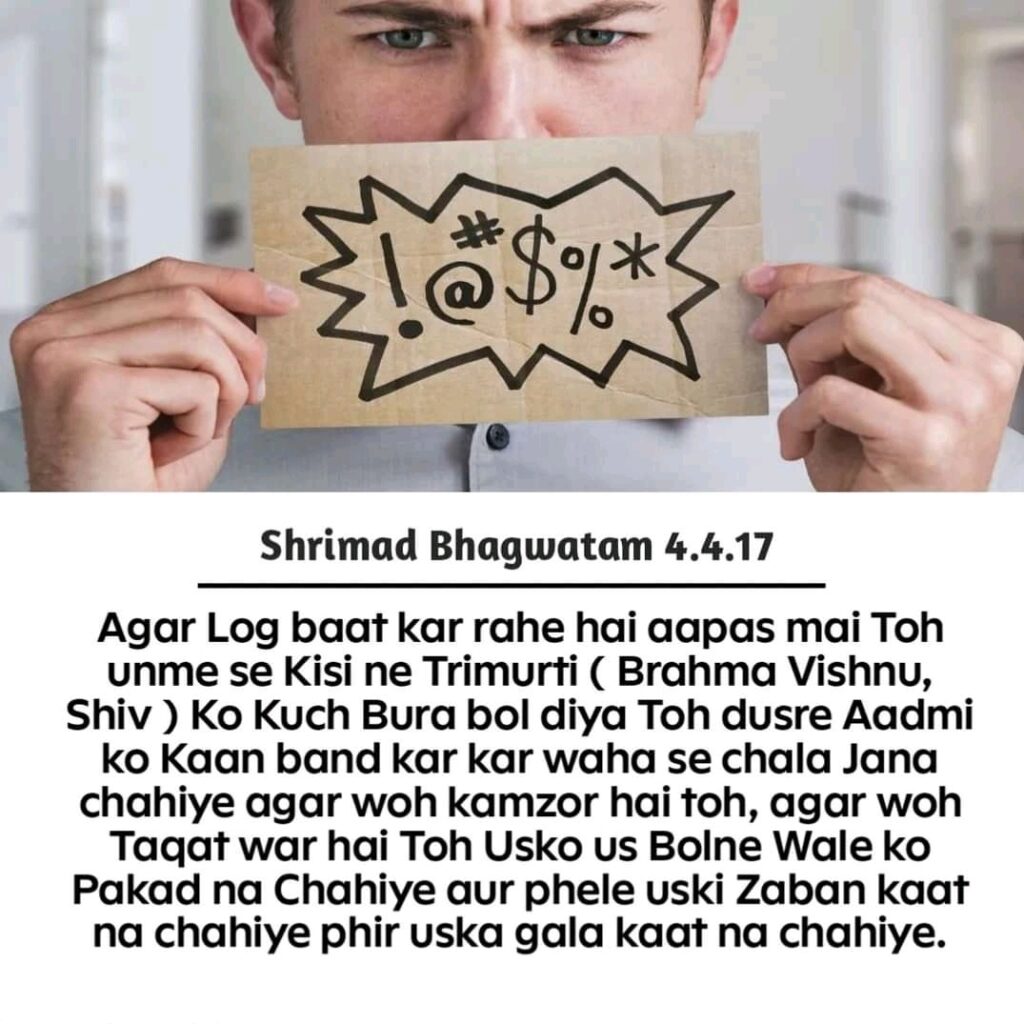 📖Srimad-Bhagavatam 4.4.17
Satī continued: If one hears an irresponsible person blaspheme the master and controller of religion, one should block his ears and go away if unable to punish him. But if one is able to kill, then one should by force cut out the blasphemer’s tongue and kill the offender, and after that one should give up his own life.

📖Srimad-Bhagavatam 4.14.30-34
The great sages, thus manifesting their covert anger, immediately decided to kill the King. King Vena was already as good as dead due to his blasphemy against the Supreme Personality of Godhead. Thus without using any weapons, the sages killed King Vena simply by high-sounding words.

Punishment for blasphemy against the Trimurti in Hinduism, It means if anyone insults Hindu Gods then they should be killed, many other verses related to Apostasy in Hinduism are also mentioned in their different holy books.