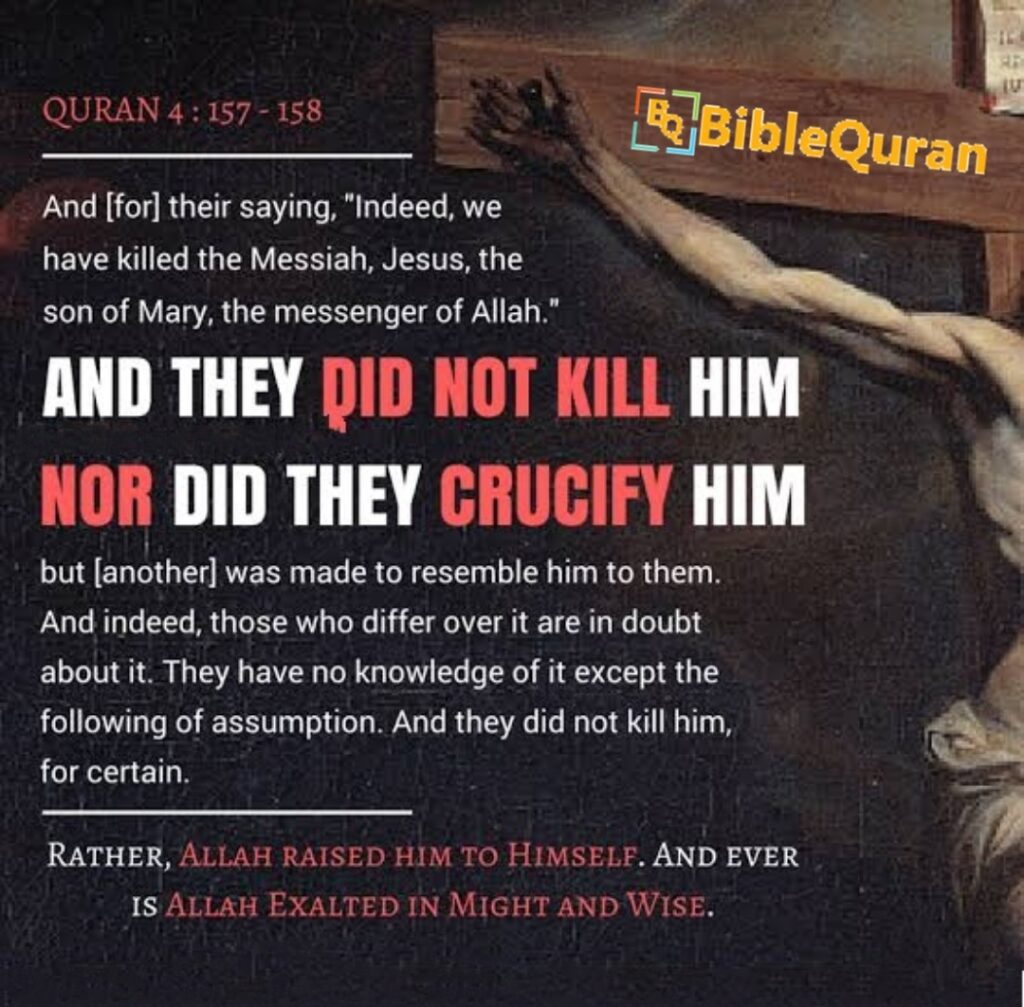 📖Psalms 50:15
call upon Me in the day of trouble, I will deliver you, and you will glorify Me.

📖Mark 14:35 – 36
Went forward a little, and fell on the ground, and prayed that, if it were possible, the hour might pass from him. And he said, “Abba, [Creator], all things [are] possible to You; take away this cup from me, nevertheless not what I will, but what You will.

📖Matthew 26:42
He went away again the second time, and prayed, saying, “O my [God], if this cup may not pass away from me, unless I drink it, Your will be done.”

📖Matthew 26:44
And he left them, and went away again, and he prayed the third time, saying the same words.

📖Luke 22:42 – 44
Saying, “God, if You are willing, remove this cup from me; nevertheless not my will, but Yours, be done.” And an angel appeared to him from heaven, strengthening him. And being in an agony he prayed more earnestly, and his sweat was as it were great drops of blood falling down to the ground.

📖Psalms 27:12-13
Do not deliver me over to the will of my enemies, for false witnesses have risen up against me, and such who breathe out cruelty. [I had fainted], unless I had believed to see the goodness of the Lord in the land of the living.

📖Psalms 71:2-4
Deliver me in Your righteousness, and cause me to escape, incline Your ear to me, and save me. Be my strong habitation, whereto I may continually resort, You have given commandment to save me; for You [are] my Rock and my Fortress. [So] deliver me, O my God, out of the hand of the wicked, out of the hand of the unrighteous and cruel man.

📖Psalms 40:6
You did not desire sacrifice and offering; You have opened my ears, You have not required sin offering and burnt offering.

📖Psalms 105:15
God said, Do not touch My anointed [Anointed means Messiah], and do My prophets no harm.

📖Psalms 28:8
The Lord God is their strength, and He is the saving strength of His Christ.

📖Quran 10:103
We will save Our messengers and those who have believed. Thus, it is an obligation upon Us that We save the believers.

📖Quran 47:11
That is because God is the protector of those who have believed and because the disbelievers have no protector.

📖Psalms 20:6
Now I know that the Lord saves His Christ/Messiah He will hear him from His holy heaven with the saving strength of His right hand.

📖Quran 3:55
And [Mention] when Allah said, “O Jesus, indeed I will take you and raise you to Myself and purify you from those who disbelieve and make those who follow you [in submission to Allah alone] superior to those who disbelieve until the Day of Resurrection. Then to Me is your return, and I will judge between you concerning that in which you used to differ.

📖Psalms 23:6
Surely goodness and mercy will follow me all the days of my life, and I will dwell in the House of the Lord forever.

📖Psalms 27:2 – 3
When the wicked, [even] my enemies and my foes, came upon me to eat up my flesh, they stumbled and fell. Though a host should encamp against me, my heart will not fear, though war should rise against me, I [will be] confident in this.

📖Psalms 20:6
Now I know that the Lord saves His Christ/ Messiah He will hear him from His holy heaven with the saving strength of His right hand.

📖Luke 24:44
So Jesus said to them, “These [are] the words which I spoke to you, while I was with you, that all things must be fulfilled, which were written in the law of Moses, and [in] the prophets, and [in] the Psalms, concerning me.

📖Quran 21:83 – 84
And [remember] Job, when he called to his Lord, “Indeed, adversity has touched me, and You are the most merciful of the merciful.” So We responded to him and removed what afflicted him of adversity. And We gave him his family [back] and the like thereof with them as mercy from Us and a reminder for the servants [of God].

📖Quran 21:87-88
And [remember] the man of the fish [Jonah], when he went off in anger and thought that We would not decree [anything] upon him. And he called out within the darknesses, “There is no god except You; You are Exalted. Indeed, I have been among the wrongdoers.” So We responded to him and saved him from the distress. And thus, We save the believers.

📖Matthew 9:13
But go and learn what this means: ‘I desire mercy, not sacrifice. For I have not come to call the righteous, but sinners.

📖Hebrews 5:7
During the days of Jesus’ life on earth, he offered up prayers and petitions with fervent cries and tears to the one who could save him from death, and he was heard because of his reverent submission.

📖Quran 4:157-158
And [for] their saying, “Indeed, we have killed the Messiah, Jesus the son of Mary, the messenger of Allāh.” And they did not kill him, nor did they crucify him; but [another] was made to resemble him to them. And indeed, those who differ over it are in doubt about it. They have no knowledge of it except the following of assumption. And they did not kill him, for certain, Rather, Allāh raised him to Himself. And ever is Allāh Exalted in Might and Wise.

📖Quran 43:46-48
And certainly did We send Moses with Our signs to Pharaoh and his establishment, and he said, “Indeed, I am the messenger of the Lord of the worlds, But when he brought them Our signs, at once they laughed at them. And We showed them not a sign except that it was greater than its sister, and We seized them with affliction that perhaps they might return [to faith].

📖Quran 43:55-56
And when they angered Us, We took retribution from them and drowned them all. And We made them a precedent and an example for the later peoples.

📖Quran 43:57
And when the son of Mary was presented as an example, immediately your people laughed aloud – And they said, “Are our gods better, or is he?” They did not present the comparison except for [mere] argument. But, [in fact], they are a people prone to dispute.

📖Quran 43:49-54
And they said [to Moses], “O magician, invoke for us your Lord by what He has promised you. Indeed, we will be guided, But when We removed from them the affliction, at once they broke their word. And Pharaoh called out among his people; he said, “O my people, does not the kingdom of Egypt belong to me, and these rivers flowing beneath me; then do you not see? Or am I [not] better than this one who is insignificant and hardly makes himself clear? Then why have there not been placed upon him bracelets of gold or come with him the angels in conjunction?” So he bluffed his people, and they obeyed him. Indeed, they were [themselves] a people defiantly disobedient [of Allah ].

📖Quran 4:159
There is not one of the People of the Scripture but will believe in him before his death, and on the Day of Resurrection he will be a witness against them.

Why do you believe that Jesus was cursed by God & he was died on the cross ?

1. Why is it mentioned in book of Revelation 20:12  And I saw the dead, great and small, standing before the throne, and books were opened. Another book was opened, which is the book of life. The dead were judged according to what they had done as recorded in the books.

2. According to Christianity all the sins of Christians were forgiven by God due to the death of Jesus Christ 2000 years ago, but why is it mentioned in Romans 2:6 that God will judge you by your deeds?

3. If Jesus was crucified for the sin of Adam and Eve, why is it that the punishment of Adam and Eve still remains? Genesis 3:16 and Genesis 2:17 Maybe he died in vain? As we have found in the Bible, Saul Paul has said 👇

📖Galatians 2:21
I do not frustrate the grace of God: for if righteousness come by the law, then Christ is dead in vain.

📖Quran 98:6
Indeed, they who disbelieved among the People of the Scripture and the polytheists will be in the fire of Hell, abiding eternally therein. Those are the worst of creatures.

📖Quran 2:171
The example of those who disbelieve is like that of one who shouts at what hears nothing but calls and cries cattle or sheep – deaf, dumb and blind, so they do not understand.

📖Quran 9:87
They were satisfied to be with those who stay behind, and their hearts were sealed over, so they do not understand.

Do you still believe that Christ died ungodly damned death on the pagan cross ?

📖Deuteronomy 21:22-23
If someone guilty of a capital offense is put to death and their body is exposed on a pole, you must not leave the body hanging on the pole overnight. Be sure to bury it that same day, because anyone who is hung on a pole is under God’s curse. You must not desecrate the land the LORD your God is giving you as an inheritance.

📖Ezekiel 14:9
And if the prophet is enticed to utter a prophecy, I the LORD have enticed that prophet, and I will stretch out my hand against him and destroy him from among my people Israel.

📖Galatians 3:13
Christ redeemed us from the curse of the law by becoming a curse for us, for it is written: “Cursed is everyone who is hung on a pole.

📖Romans 5:6
You see, at just the right time, when we were still powerless, Christ died for the ungodly.

📖Psalm 69:21
New International Version
They put gall in my food and gave me vinegar for my thirst.

New Living Translation
But instead, they give me poison for food; they offer me sour wine for my thirst

📖Matthew 27:34
They gave him vinegar to drink mingled with gall: and when he had tasted thereof, he would not drink.

This is poison that killed jesus, To fulfill JEREMIAH prophecy, Of poisoning Jerusalem prophets👇

👆THIS PROMISE WAS ABOUT THE PROPHETS OF JERUSALEM Read more👇

📖Jeremiah 23:15
New King James Version
Therefore thus says the LORD of hosts concerning the prophets: ‘Behold, I will feed them with wormwood, And make them drink the water of gall; For from the prophets of Jerusalem Profaneness has gone out into all the land.

PROPHETS OF JERUSALEM 👆🏼, WILL BE GIVEN WATER OF GALL, NOW SEE HERE👇🏽

📖Matthew 27:34
They gave him vinegar to *drink mingled with gall* : and when he had tasted thereof, he would not drink.

📖JEREMIAH 23:15
Therefore thus says the LORD of hosts concerning the prophets: ‘Behold, I will feed them with wormwood, *And make them drink the water of gall* ; For from the prophets of Jerusalem Profaneness has gone out into all the land.

📖John 19:30
New International Version
When he had received the drink, Jesus said, “It is finished.” With that, he bowed his head and gave up his spirit.

Read more: Psalms Prophecied that Jesus – will not be Crucified or Die