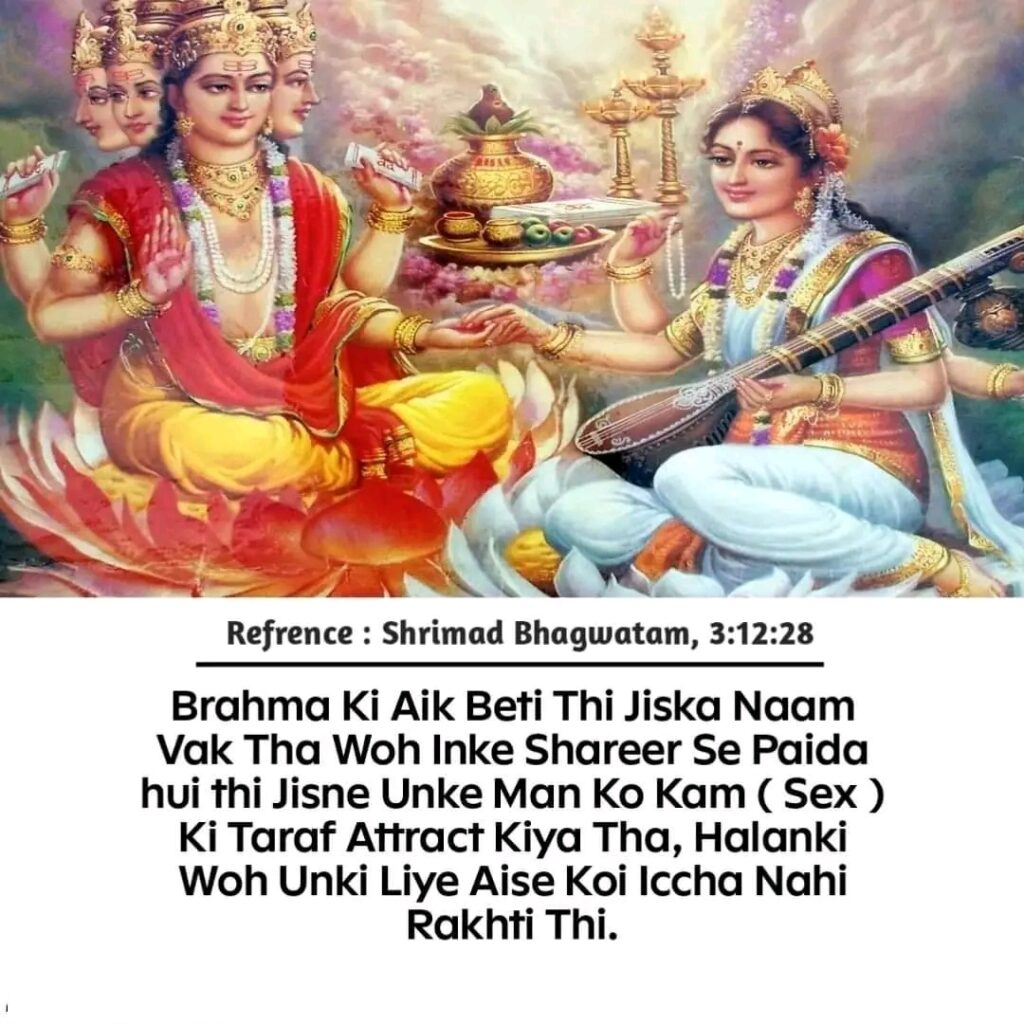 📖Śrīmad Bhāgavatam 3:12-30
O father, this performance in which you are endeavoring to complicate yourself was never attempted by any other Brahmā, nor by anyone else, nor by you in previous kalpas, nor will anyone dare to attempt it in the future. You are the supreme being in the universe, so how is it that you want to have sex with your daughter and cannot control your desire?

Brahma had sexual desires Towards his daughter sarswati

📖Valmiki Ramayana 2:2-19-27-28
I looked at the face of Satī many a time. I was helpless in curbing the onset of a sensuous organism, Four drops of my semen virile got displaced and fell on the ground like drops of dew as a result of staring into her face.

📖Srimad bhagavatam 8:12:32-33
Just as a maddened bull elephant follows a female elephant who is able to conceive pregnancy, Lord Śiva followed the beautiful woman and discharged semen, even though his discharge of semen never goes in vain, O King, wheresoever on the surface of the globe fell the semen of the great personality of Lord Śiva, mines of gold and silver later appeared.

Shiva follows a beautiful women, because the women is very beautiful & hot, therefore the semen fell from the penis of shiva into the ground.