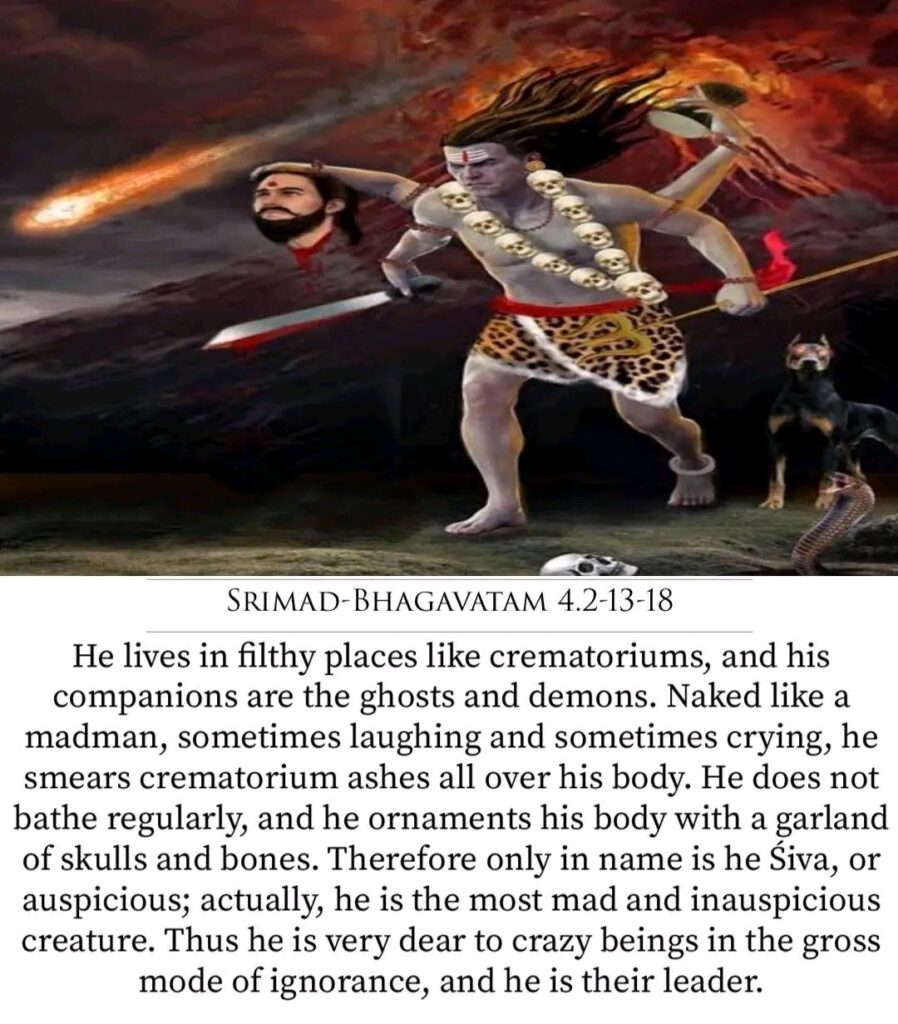 Who is Shiva in Hinduism

Shiva is a demon in Hinduism, He is one of the principal deities in Hinduism and is considered to be a destroyer and transformer in the Trimurti, the Hindu trinity of Brahma, Vishnu, and Shiva. He is also known as the “Adiyogi” and “Mahadeva” which means the first god and the greatest god respectively. He is often depicted in art and literature as having a third eye and a crescent moon on his forehead, In particular, the verse 4.2:13-18 described Shiva as being in the lowest state of spiritual consciousness. The verse states that Shiva lives in impure places, teeming with ghosts and demons, and without clothes or purity, laughs and cries without any reason.

Related : Killing and Murder by Hindu Gods in Vedas

📖Srimad Bhagavatam 4.2:13-18
He lives in filthy places like crematoriums, and his companions are the ghosts and demons. Naked like a madman, sometimes laughing and sometimes crying, he smears crematorium ashes all over his body. He does not bathe regularly, and he ornaments his body with a garland of skulls and bones. Therefore only in name is he Śiva, or auspicious; actually, he is the most mad and inauspicious creature. Thus he is very dear to crazy beings in the gross mode of ignorance, and he is their leader.

The information shared in this post is taken from Srimad Bhagavatam 4.2:13-18. If you find any incorrect information in this post, you can let us know through comments or email.