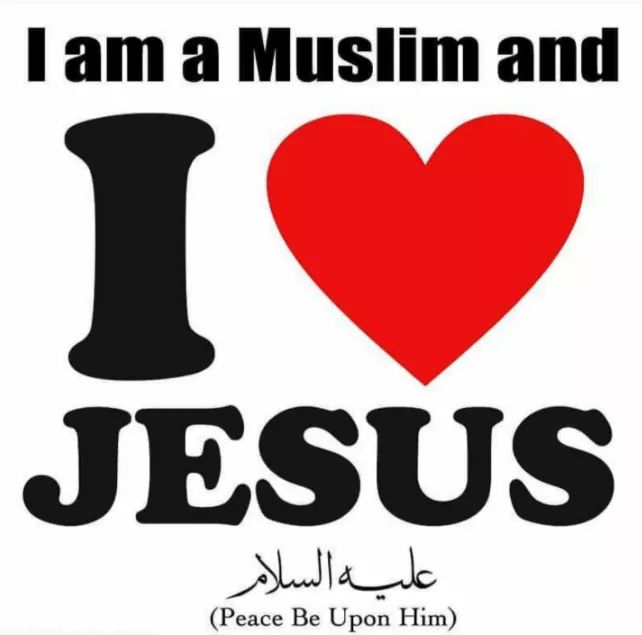 MUSLIMS ARE THE ONLY PEOPLE ON EARTH WHO FOLLOW THE TEACHINGS
OF JESUS PEACE BE UPON HIM:

🌸1. Jesus taught that there is only
One God and Only God should be
worshipped as taught in Deut 6:4,
Mark 12:29. Muslims also believe
this as taught in the Qur’an verse
4:171.

🌸3. Jesus greeted with the words
“as salaamu alaikum” (Peace be
with you) in John 20:21. Muslims
also greet each other this way.

🌸4. Jesus always said “God
Willing” (inshallah), Muslims say
this too before doing anything as
taught in the Qur’an verses
18:23-24.

🌸5. Jesus washed his face, hands,
and feet before praying. The
Muslims do the same.

🌸6. Jesus and other prophets of
the Bible prayed with their head
to the ground (see
Matthew26:39). Muslims do too
as taught in the Qur’an verse
3:43.

🌸7. Jesus had a beard and wore a
throbe. It is Sunnah for Muslim
men to do the same.

🌸9. Jesus’ mother Maryam
dressed modestly by fully
covering her body and wearing a
headscarf (hijab) as found in 1
Timothy 2:9, Genesis 24:64-65,
and Corinthians 11:6. Muslim
women modestly dress the same
as taught in the Qur’an verse
33:59.

🌸11. Jesus taught to say “Peace
to this house” when entering it
(see Luke 10:5), and to also greet the people in the house with “peace be unto you”. Muslims do
exactly what Jesus did and
taught. When we enter our homes
and the homes of others we say
“Bismillah” and also greet with “as salaamu alaikum” (peace be upon you) as taught in the Qur’an verse 24:61.

🌸13. Jesus spoke aramaic and called God”Elah”, which is pronounced the same as “Allah”. Aramaic is an ancient, Biblical language. It is one of the Semitic languages that also include Hebrew, Arabic, Ethiopic and the ancient Assyrian and Babylonian language of Akkadian.
The Aramaic”Elah” and the Arabic “Allah” are the same.

The Aramaic “Elah” is derived from the Arabic “Allah”, and it means “GOD”. “Allah” in Arabic also means”GOD”, the Supreme GOD Almighty. You can easily see the similarity in their pronunciation so this concludes that the God of Jesus is also the God of the Muslims, of all mankind, and all that exist.