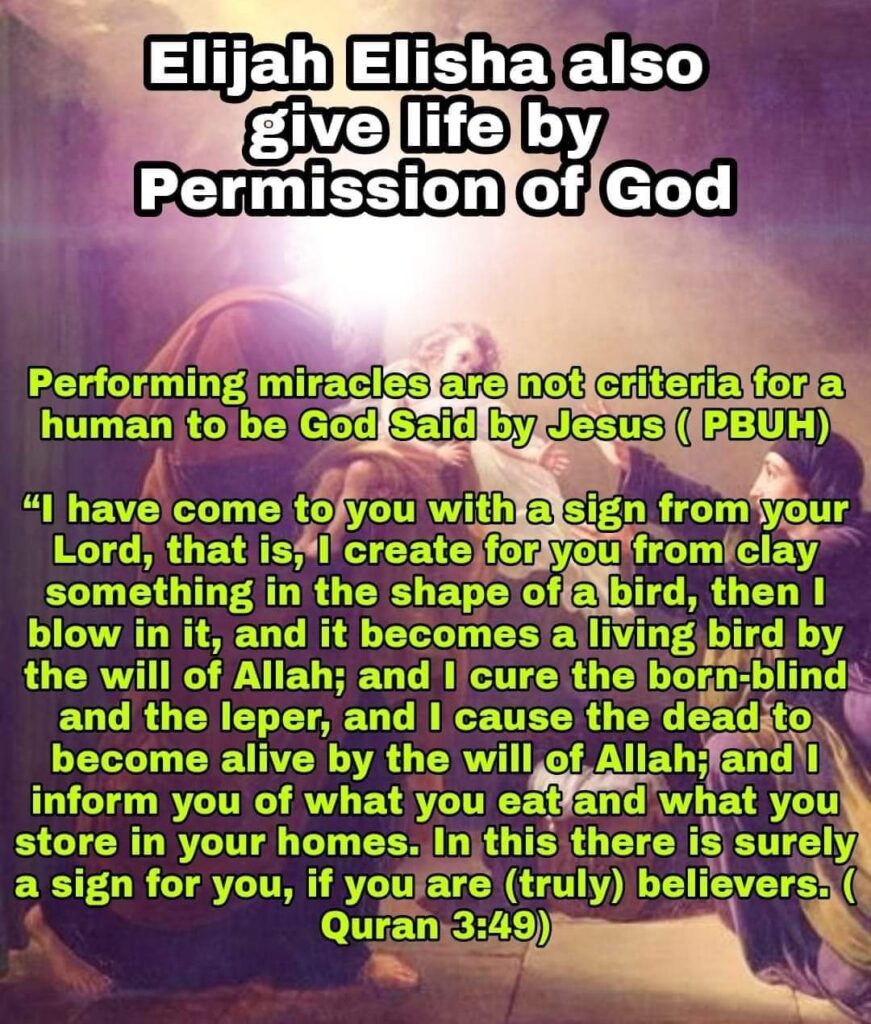 📖2 Kings 4:18-37
The child grew, and one day he went out to his father, who was with the reapers. He said to his father, “My head! My head!” His father told a servant, “Carry him to his mother. After the servant had lifted him up and carried him to his mother, the boy sat on her lap until noon, and then he died. She went up and laid him on the bed  of the man of God, then shut the door and went out. She called her husband and said, “Please send me one of the servants and a donkey so I can go to the man of God quickly and return. Why go to him today?” he asked. “It’s not the New Moon or the Sabbath. That’s all right,” she said. She saddled the donkey and said to her servant, “Lead on; don’t slow down for me unless I tell you. So she set out and came to the man of God at Mount Carmel. When he saw her in the distance, the man of God said to his servant Gehazi, “Look! There’s the Shunammite!  Run to meet her and ask her, ‘Are you all right? Is your husband all right? Is your child all right?’” “Everything is all right,” she said. When she reached the man of God at the mountain, she took hold of his feet. Gehazi came over to push her away, but the man of God said, “Leave her alone! She is in bitter distress, but the Lord has hidden it from me and has not told me why. “Did I ask you for a son, my lord?” she said. “Didn’t I tell you, ‘Don’t raise my hopes’?” Elisha said to Gehazi, “Tuck your cloak into your belt, take my staff in your hand and run. Don’t greet anyone you meet, and if anyone greets you, do not answer. Lay my staff on the boy’s face, But the child’s mother said, “As surely as the Lord lives and as you live, I will not leave you. So he got up and followed her. Gehazi went on ahead and laid the staff on the boy’s face, but there was no sound or response. So Gehazi went back to meet Elisha and told him, “The boy has not awakened. When Elisha reached the house, there was the boy lying dead on his couch. He went in, shut the door on the two of them and prayed(I) to the Lord. Then he got on the bed and lay on the boy, mouth to mouth, eyes to eyes, hands to hands. As he stretched himself out on him, the boy’s body grew warm. 35 Elisha turned away and walked back and forth in the room and then got on the bed and stretched out on him once more. The boy sneezed seven times and opened his eyes. Elisha summoned Gehazi and said, “Call the Shunammite. And he did. When she came, he said, “Take your son. She came in, fell at his feet and bowed to the ground. Then she took her son and went out.

📖1 Kings 17:21-22
New International Version
Then he stretched himself out on the boy three times and cried out to the Lord, “Lord my God, let this boy’s life return to him!”  The Lord heard Elijah’s cry, and the boy’s life returned to him, and he lived.

📖John 5:30
Even we believe in it. But whatever he did, as the Bible Jesus (Peace be upon him)
says “I can of mine own self do nothing: as I hear, I judge: and my judgement is just; because I seek not my own will, but the will of the God (arabic:submitter-muslim) which hath sent me.

📖Jesus cannot do anything by his will but the will of God who sent him, in John 11:32-42 Jesus unable to perform a miracle in first round.

📖Luke 23:34
Jesus said, “Father, forgive them, for they do not know what they are doing. And they divided up his clothes by casting lots.

📖Elisha and Elijah fed a hundred people with twenty barley loaves and a few ears of corn (2 Kings 4:44).  Elisha told Naaman, who was a leper, to wash in the river Jordan (2 Kings 5:14)and he was healed.  Elisha caused a blind man to see in (2 Kings 6:17,20).  Elijah and Elisha raised the dead in (1 Kings 17:22, and 2 Kings 4:34).  Even Elisha’s dead bones restored a dead body in (2 Kings 13:21).  Indeed Jesus had prophesied that people will worship him uselessly and will believe in doctrines not made by GOD but by men “But in vain they do worship me, teaching for doctrines the commandments of men. (Matthew 15:9).

📖In Matthew 15:9 above, we see Jesus warning that Trinity (the bogus lie) will dominate, and people will take Jesus as GOD and worship him, which is a total sin according to what Jesus said.

📖Allah Almighty (GOD) in the Noble Quran (The Muslims’ Holy Scripture) states in Verse 5:72“They do blaspheme who say: ‘God is Christ the son of Mary. But said Christ: ‘O Children of Israel ! worship God, my Lord and your Lord.

📖Also in Noble Verse 5:73 “They do blaspheme who say God is one of three in a Trinity:  for there is no god except One God.  If they desist not from their word (of blasphemy), verily a grievous penalty will befall the blasphemers among them.”

📖And also in Noble Verse 4:171 “O People of the Book!  Commit no excesses in your religion:  Nor say of God aught but the truth.  Christ Jesus the son of Mary was (no more than) an apostle of God, …”

Also Miracles of Jesus are done by others too, Does this mean they are gods too?

📖2 Kings 13:21
Elijah (Peace be upon him)
raise a dead man while he was alive, but also his bones, after his death, gave life to another dead man. The relatives of that dead man put him inside Elijah’s grave. He returned to life after touching Elijah’s bones, and he stood up. “And as a man was being buried, behold, a marauding band was seen, and the man was thrown into the grave of Elisha, and as soon as the man touched the bones of Elisha, he revived and stood on his feet.

📖Matthew 8:3
Christians conclude their belief in Jesus’ (PBUH) divinity by his miracle of healing the sick. If Jesus (Peace be upon him) had healed the leprous.

📖2 Kings 5:10-21
Elijah had also healed a leper. In addition, he caused another and his descendants to be leprous. “And Elisha sent a messenger to him, saying, “Go and wash in the Jordan seven times, and your flesh shall be restored, and you shall be clean. The leprosy of Naaman shall cling to you and to your descendants forever. So he went out from his presence a leper, like snow.

In spite of the likeness between Jesus and Adam in their birth, Adam ranks higher than Jesus does in many ways. Adam Did not come from a woman’s womb covered with blood; God commanded the angels to kneel to him, God taught him all the names, and heaven was his home. In addition, Allah (S.W) spoke to him by Himself without a messenger, and many other things, which neither Jesus nor the others had. Thus, since Adam has all these characteristics, why do Christians not consider him divine? The same goes for angels, for Allah created them without father or mother. They are not made of mud, but Christians do not consider them Gods. Therefore, the virgin birth cannot be evidence of divinity, even though it is a unique event in man’s history.

Part 2 Why christians calling to Jesus as God❓

📖Quran 3:59
Indeed, the example of Jesus to ALLAH is like that of Adam. He created Him from dust; then He said to him, “Be,” and he was.

📖2 Kings  13 : 20-21
Jesus did miracles on his life time, But after death TOO Elisha did a miracle – a dead man gave life by touched the Elisha’s burial bone – that means, Elisha bigger God than Jesus❓

📖Acts 2:22
Fellow Israelites, listen to this: Jesus of Nazareth was a man accredited by God to you by miracles, wonders and signs, which God did among you through him, as you yourselves know.

According to Bible & the Quran, PROPHET JESUS DID MIRACLES BY ALMIGHTY GOD/ALLAH PERMISSION.

THE PEOPLE OF JESUS’ DAY SAID THAT JESUS WAS A PROPHET

📖John  4:19
A WOMAN RECOGNIZED JESUS AS A PROPHET “Sir, the woman said, “ I can see that you are A PROPHET.

📖Matthew 21:10-11
When Jesus entered Jerusalem, the whole city was stirred and asked, “Who is this ? The crowds answered, “This is JESUS, THE PROPHET from Nazareth in Galilee.

📖John 9:17
A BLIND MAN WHO WAS GIVEN A VISION BY THE MIRACLE OF JESUS SAID THAT JESUS WAS A PROPHET : Then they turned again to the blind man, “What have you to say about him ? It was your eyes he opened. The man replied, “He is A PROPHET.

📖John 6:14
PEOPLE WHO SAW THE MIRACLES OF JESUS SAID THAT JESUS WAS A PROPHET : After the people saw the miracle JESUS performed, they began to say, “Surely this is THE PROPHET who is to come into the world.

THE DISCIPLES CALLED JESUS AS A PROPHET

📖Luke 24:19
And he said unto them, What things ? And they said unto him, Concerning Jesus of Nazareth, which was A PROPHET mighty in deed and word before God and all the people.

JESUS CALLED HIMSELF A PROPHET

📖Matthew  13:57,   Mark  6:4
And they were offended in him. But JESUS SAID unto them, A PROPHET is not without honour, save in his own country, and in his own house.

ACCORDING TO BIBLE AND THE QUR’AN – JESUS WAS A PROPHET, AND SERVANT OF GOD/ALLAH

JESUS HIMSELF CAN DO NOTHING, HE DID MIRACLES BY ALMIGHTY GOD PERMISSION

📖John 5:30
BY MYSELF I CAN DO NOTHING; I judge only as I hear, and my judgment is just, for I seek not to please myself BUT HIM WHO SENT ME.

JESUS DID MIRACLES BY PERMISSION OF GOD

📖Acts 2:22
Fellow Israelites, listen to this: JESUS of Nazareth was A MAN ACCREDITED BY GOD to you by miracles, wonders and signs, which GOD DID AMONG YOU THROUGH HIM, as you yourselves know.

📖Quran 3:49
And [make him] a messenger to the Children of Israel, [who will say], ‘Indeed I have come to you with a sign from your Lord in that I design for you from clay [that which is] like the form of a bird, then I breathe into it and it becomes a bird BY PERMISSION_OF_ALLAH . And I cure the blind and the leper, and I give life to the dead –  BY_PERMISSION_OF_ALLAH . And I inform you of what you eat and what you store in your houses. Indeed in that is a sign for you, if you are believers.

📖Quran 5:10
But those who disbelieve and deny Our signs – those are the companions of Hellfire.

📖Quran 13:38
And it was not for a messenger to come with a sign except by permission of Allah . For every term is a decree.

📖Quran 3:85
And whoever desires other than Islam as religion –  never will it be accepted from him, and he, in the Hereafter, will be among the losers.