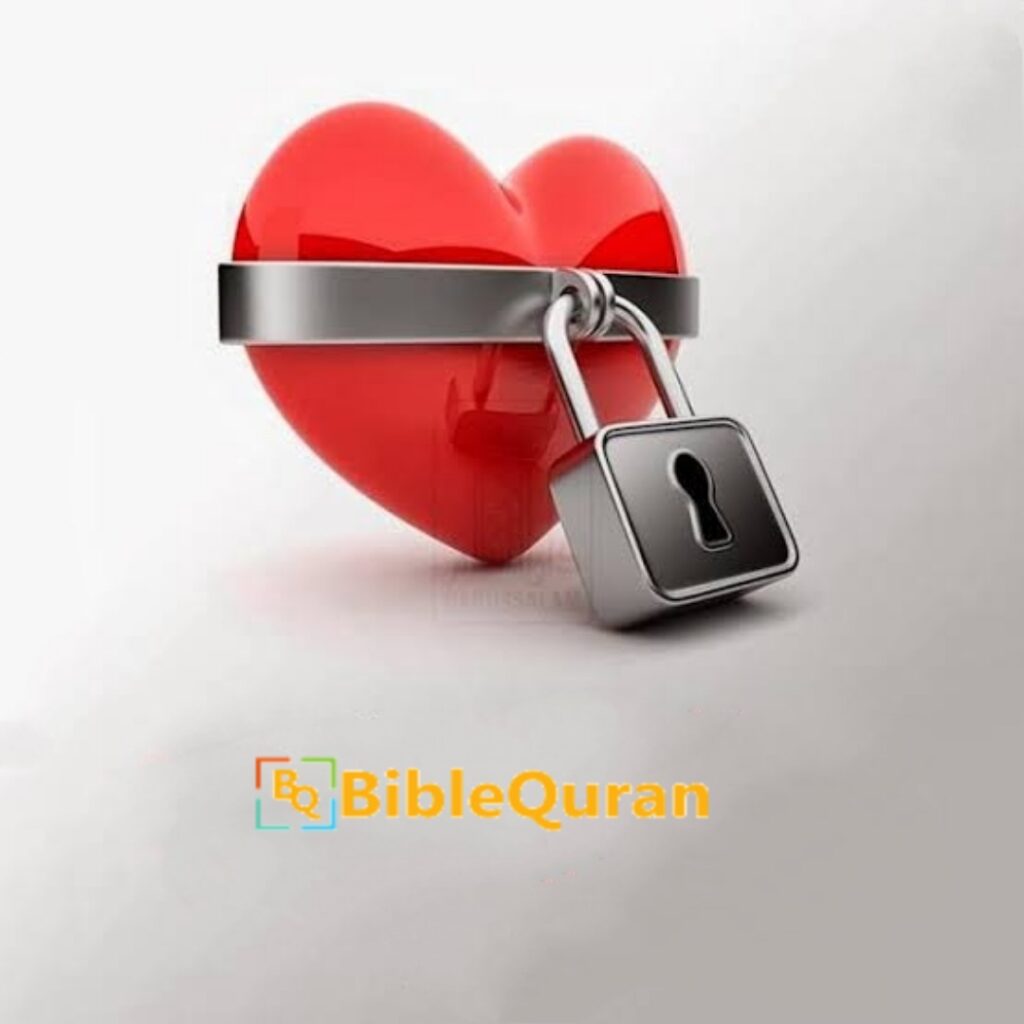 📔Quran 2:40
O children of Israel! Remember My favours upon you. Fulfil your covenant and I will fulfil Mine, and stand in awe of Me ˹alone, Do not mix truth with falsehood or hide the truth knowingly.

📔Quran 2:41-42
And believe in what I have sent down confirming that which is [already] with you, and be not the first to disbelieve in it. And do not exchange My signs for a small price, and fear [only] Me.

📔Quran 6:149
Say, ‘The conclusive argument belongs to God alone. Had He so willed He would have guided you all.

📔Quran 6:104
Sahih International
There has come to you enlightenment from your Lord. So whoever will see does so for [the benefit of] his soul, and whoever is blind [does harm] against it. And [say], “I am not a guardian over you.”l

📔Quran 10:99
Sahih International
And had your Lord willed, those on earth would have believed – all of them entirely. Then, [O Muhammad], would you compel the people in order that they become believers?

And Allah says “interpretation of the meaning.

📔Quran 29:18
Sahih International
And if you [people] deny [the message] – already nations before you have denied. And there is not upon the Messenger except [the duty of] clear notification.

📔Quran 7:35
O children of Adam, if there come to you messengers from among you relating to you My verses, then whoever fears Allah and reforms – there will be no fear concerning them, nor will they grieve.

Guidance to the truth is in the hand of Allah alone and no human being has any share in that, as Allah said to His Messenger (peace and blessings of Allah be upon him) “interpretation of the meaning.

📔Quran 28:56
You surely cannot guide whoever you like ˹O Prophet˺, but it is Allah Who guides whoever He wills, and He knows best who are ˹fit to be˺ guided.

📔Quran 46:13
The Almighty says:  He has ordained for you of religion what He enjoined upon Noah and that which We have revealed to you, [O Muhammad], and what We enjoined upon Abraham and Moses and Jesus – to establish the religion and not be divided therein. Difficult for those who associate others with Allah is that to which you invite them. Allah chooses for Himself whom He wills and guides to Himself whoever turns back [to Him].

📔 Quran 47:17
Sahih International
And those who are guided – He increases them in guidance and gives them their righteousness.

But whoever disobeys Allah and turns away from Him, Allah will not guide him, as He says “interpretation of the meaning.

📔Quran 39:3
Unquestionably, for Allah is the pure religion. And those who take protectors besides Him [say], “We only worship them that they may bring us nearer to Allah in position.” Indeed, Allah will judge between them concerning that over which they differ. Indeed, Allah does not guide he who is a liar and [confirmed] disbeliever.

📔Quran 18:29
And say, “The truth is from your Lord, so whoever wills – let him believe; and whoever wills – let him disbelieve.” Indeed, We have prepared for the wrongdoers a fire whose walls will surround them. And if they call for relief, they will be relieved with water like murky oil, which scalds [their] faces. Wretched is the drink, and evil is the resting place.

Allah is Omniscient and knows what has happened and is happening and what is yet to come. Allah knows the believers and the disbelievers, and what they will do, and He knows what their fate will be in the Hereafter. He has written all this in al-Lawh al-Mahfooz (the Preserved Tablet), as He says “interpretation of the meaning.

📔Quran 78:29
Sahih International
But all things We have enumerated in writing.

Allah has created man with the ability to choose, and He has created him able to do both, either believe or disbelieve, as He says “interpretation of the meaning.

📔Quran 76:3
Indeed, We guided him to the way, be he grateful or be he ungrateful.

Indeed he succeeds who purifies his ownself (i.e. obeys and performs all that Allah ordered, by following the true Faith of Islamic Monotheism and by doing righteous good deeds.

📔Quran 91:9
Sahih International
He has succeeded who purifies it.

And if he disobeys, there will be Hell.

📔Quran 91:10
And he has failed who instills it [with corruption].
(i.e. disobeys what Allah has ordered by rejecting the true Faith of Islamic Monotheism or by following polytheism, or by doing every kind of evil wicked deed.)

Whoever loves Allah and His Messenger (peace and blessings of Allah be upon him) and desires good in this world and in the Hereafter, let him enter Islam, and whoever turns away from that and is content with this world and has no interest in the Hereafter and does not submit, then his abode will be Hell. The individual is the one who will benefit or harm himself. There is no compulsion to choose either.  Allah says “interpretation of the meaning.

📔Quran 41:46
Whoever does good does it for his own soul and whoever does evil does it against his own soul: your Lord is never unjust to His creatures.

📔Quran 2:256
Sahih International
There shall be no compulsion in [acceptance of] the religion. The right course has become clear from the wrong. So whoever disbelieves in Taghut and believes in Allah has grasped the most trustworthy handhold with no break in it. And Allah is Hearing and Knowing.

📔Quran 2:170
And when it is said to them, “Follow what Allah has revealed,” they say, “Rather, we will follow that which we found our fathers doing.” Even though their fathers understood nothing, nor were they guided?

📔Quran 2:6-7
Indeed, those who disbelieve – it is all the same for them whether you warn them or do not warn them – they will not believe, Allah has set a seal upon their hearts and upon their hearing, and over their vision is a veil. And for them is a great punishment.

Refrence – Quora user explain: A Black Hole analogy below gives me a precise understanding of the verses mentioned above:

A Black Hole analogy below gives me the precise understanding of the verses mentioned above:

We all know about Black Hole. Let us imagine we are proceeding towards a Black Hole. On the way, there is a circular line around it. Before that line, we could always turn back and return. But if we cross that line, there is no way we could turn back; we must fall into the Black Hole due to its infinite gravity and vanish. That is the line called the point of no return.

A sinner also has a limit – or point of no return. Before that limit, he might feel remorse. Consequently, he might seek God’s forgiveness, and God is always ready to forgive him. But if his sins cross that limit, he will not feel remorse for his sins anymore. That is the point God seals his heart. So, he will never ask for God’s forgiveness, and there is no way he will come back to the right path again, and his destination is bound to be hell.

Please watch the video below- how a Black Hole eats a massive star when it crossed the point of no return.

📔Quran 25:70
Except those who repent, have faith and good deeds, those Allah will charge their sins for good deeds. Certainly Allah is most forgiving and merciful.

This concept is in the Bible too, If you are a Christian you will understand in the light of this verse:

✝️Exodus 11:10
Moses and Aaron did all these wonders before Pharaoh: and the LORD hardened Pharaoh’s heart, so that he would not let the children of Israel go out of his land.

✝️John 12:40-42
The Lord has blinded their eyes and hardened their hearts— so that their eyes cannot see, and their hearts cannot understand, and they cannot turn to me and have me heal them.